The nutritional benefits of raw milk 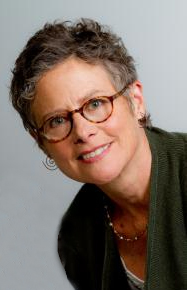 Today, raw milk refers to unprocessed, untreated milk straight from the cow. The milk you buy from the local supermarket nowadays is a different substance altogether. It has been pasteurized, ultra-pasteurized, or homogenized. This liquid is not really milk. It is a chemically altered substance, heated to remove pathogens and bacteria and to prolong its shelf life. The resultant low-enzyme activity makes it difficult to digest, the altered fat content renders the vitamins and minerals difficult to absorb, and the residual drugs and antibiotics pose a threat to human health. On top of this, the naturally occurring beneficial bacteria have been destroyed.

The real issue is not whether raw milk obtained from grass-fed cows is safe. Rather, it’s that milk from commercially raised cows is actually dangerous to consume unless it is pasteurized. Factory-farmed animals are routinely fed an unnatural, high-protein soy- and corn-based diet and given shots of BGH (bovine growth hormone) to artificially increase milk production. This diet is so contrary to their biology that it causes severe illnesses that can only be combated by continually injecting the cows with antibiotics. These animals, kept in inhumane conditions far from their natural environment, are subject to enormous stresses. Drinking raw milk from these cows would be an exercise in stupidity.

Raw milk from healthy, grass-fed, and pasture-raised cows is in a league of its own. Organically raised cows are happy, fed on their natural diet of grass and other cow-friendly foods. They enjoy access to sunshine and pasture grazing in winter and spring, and in summer and autumn they feast on nutritious hay or silage.

Natural health advocates have long cautioned against drinking milk because of the increased risk of ear infections, asthma, and eczema associated with its consumption. This applies only to commercially produced milk, not raw milk from organic farms. Raw milk actually helps protect against allergic reactions and boosts the immune system. 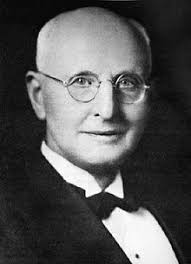 The Charles Darwin of Nutrition

One of the fastest growing nutritional organizations and websites is the Weston Price Foundation, named after Dr. Weston A. Price, a Cleveland dentist who traveled the world in the 1920s, looking for the healthiest people on earth. What does modern nutritional science have to learn from a world traveler of a previous century?

Price began his journey with the question: “Why are our children’s teeth so distorted, crooked and full of cavities? How did people in the past survive without dentists?” Dr. Price found 14 different cultures around the world where people had beautiful teeth. He wanted to know how and why these people developed such good teeth

Western medicine is built on the study of disease, rather than health, but Price had a different approach in mind.

During a 100,000-mile journey that lasted nine years, Dr. Price traveled from little-known isolated island communities of Scotland to the Eskimos of northern America, visiting primitive tribes in Africa, New Zealand, and others in between. Price sought out people who had been largely untouched by civilization, living in the same way their ancestors had evolved in that same environment, and was able to compare them to family members exposed to newly introduced modern foods.  Dr. Price documented the introduction of what we now refer to as “diseases of modern civilization.”

Although the communities he visited differed vastly in their degree of modernization, Dr. Price observed that those who ate a traditional, natural, and high-nutrient diet had good teeth and bone structure. These people did not practice any form of dental hygiene, many had never used a toothbrush—yet their teeth were straight, white, and strong, with high dental arches. Price found that less than 1 percent of these natives had tooth decay.

Noting declines in health after the introduction of processed foods did not provide Price with sufficient information to identify the cause of the decline. Yet Dr. Price found it particularly interesting that health declines in such widely separated and disparate cultures were remarkably similar despite wide differences in the apparent content of their food.

None of the 14 cultures Price studied ate exactly the same food, some of them eating completely non-comparable foods. They did, however, have a few crucial and telling common eating practices, and this is where Price focused his attention.

Dr. Price noted that all of the different groups ate fermented foods daily. Their diets were all made up of fresh, whole foods, free from the additives, colorants, and chemcals endemic to the modern industrialized diet, and, more importantly, these diets included saturated fat from animal sources. They also had sustainable means of  meeting their nutritional needs.

Modern food practices and the decline of nutrition

To Price, the fat-soluble vitamins found in animal products such as butterfat, shellfish, and organ meats from grass-fed cattle held the key to superior nutritional quality. In addition to vitamins A and D, Price noticed another fat-soluble vitamin, the then-unknown vitamin K2, which was later dubbed the “X Factor” and the “Price Factor.” It is only now, almost a century later, that science has identified the mystery essential nutrient as vitamin K2.

Dr. Price dubbed these fat-soluble vitamins “activators” because they allow minerals to be utilized by the body. He proposed that while calcium and phosphorous are present in skim milk, we need the butter fat to “activate” them for us to absorb the minerals. To Dr. Price, the biggest problem with modern food is that the fat-soluble activators have gradually been replaced with vegetable oils, fillers, binders, stabilizers, and additives. We have become overfed and undernourished by consuming what Price called “the impoverished foods of civilization.” Perhaps for the first time in history, we encounter co-existing epidemics of both obesity and malnutrition.

No one can ever repeat the research Dr. Weston A. Price assembled so meticulously. There are no longer sufficient numbers of isolated cultures living today who are untouched by civilization. Price’s legacy of case studies, observations, and evidence provides a valuable touchstone for current trends in nutritional studies and holistic dentistry.

Breastfeeding is known to be protective against respiratory infections among infants in early life, so researchers with Ludwig Maximilian University (LMU) in Munich, Germany decided to test whether another type of milk, cow’s milk, might also be protective.

Nearly 1,000 infants from rural areas in Austria, Finland, France, Germany, and Switzerland were followed for the first year of life, and their consumption of different types of cow’s milk was analyzed, along with rates of common respiratory infections.

Milk that was boiled at the farm had a diminished protective effect, and milk that was ultra-pasteurized, which is heated to about 135°C (275°F) for a few seconds, showed no protective effect, likely because the protective compounds are being killed off or otherwise damaged by the heat processing.
Study author Georg Loss, Ph.D., epidemiology, told Science Daily, “Compounds that are sensitive to heating seem to play a particularly important role in protection against respiratory-tract and ear infections.”

Raw milk which comes from grass-fed cows, is healthier from both purity and nutritional standpoints.
While pasteurized milk has few, if any, redeeming qualities besides being readily available at every convenience store, raw milk from grass-fed cows has a number of health benefits you simply will not obtain from drinking pasteurized and homogenized milk.